Osteoporosis is a bone disease that makes a patient’s bones weak and at a higher risk of breaking. It’s reported that approximately 10 million people in the U.S. suffer from osteoporosis, and over 44 million have low bone density. Both women and men can suffer from osteoporosis, but it’s most common in older women. Fosamax, a medication commonly prescribed for this condition, has come under scrutiny due to its 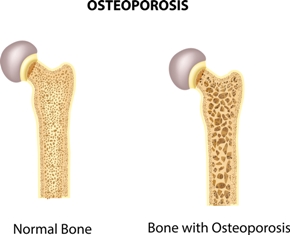 alleged side effects. Fosamax is available in both pill and liquid form, as well as in a combo form that includes added vitamin D and is referred to as Fosamax Plus D. The medication can be taken either once a day or once per week.

Side Effects Associated With Fosamax

All medications have some side effects. However, Fosamax has been linked to a number of serious complications in patients. The most common is stress fractures of the hip or femur. Stress fractures are troubling because they can occur when engaged in everyday activities such as housecleaning, yardwork, walking a dog, or playing with children. The hip and femur are uncommon spots for stress fractures because they are normally among the strongest bones in the body.

Other serious side effects of Fosamax include:

Fosamax can interact with a number of common drugs, including aspirin, NSAID pain relievers, iron supplements, magnesium products, and antacids. Additionally, the medication can worsen the overall condition of patients suffering from gastritis, dysphagia, and Barrett’s esophagus.

What Has the FDA Done?

The FDA is responsible for monitoring the safety of all prescription medications, recording adverse reactions, and requesting recalls as needed. In 2008, the FDA contacted Merck expressing concerns about the number of fractures associated with Fosamax use and requested that Merck provide clinical data regarding the safety of the drug. In 2010, the FDA issued a Drug Safety Communication regarding the risk of femur fractures from Fosamax and required Merck to add this information to the product label.

In 2013, Merck agreed to a $27.7 million settlement to resolve 1,200 cases where Fosamax caused fractures and other painful complications in patients. However, as of May 2016, there were still about 4,400 pending cases related to Fosamax side effects.

At the heart of these claims are allegations that users weren’t adequately informed of the risk of taking Fosamax to treat their osteoporosis. Patients who experienced the very fractures Fosamax was supposed to prevent believe Merck was negligent in developing and marketing the drug.

There is also evidence to suggest that Fosamax was prescribed to patients who didn’t actually need the medication. Merck opened the Bone Research Institute to broaden the reach of Fosamax by convincing doctors that osteopenia needed treatment with the drug. Previously, osteopenia (the medical term for a mild thinning of the bones) was seldom diagnosed or treated.

Finally, osteoporosis sufferers may derive limited benefit from Fosamax after taking it for more than three to five years. A 2012 study in the New England Journal of Medicine found the drug’s effectiveness declined with long-term use, even though the risk of serious side effects didn’t diminish.

We Can Help You

The side effects caused by Fosamax can sometimes be difficult to diagnosis, but patients who believe the drug may have worsened their symptoms should consult an attorney. If it can be proven that Fosamax caused your serious side effects, you may be eligible for compensation. This includes payment for medical expenses, lost income, and/or pain and suffering.

Fractures and other serious side effects from Fosamax use can cause a marked decrease in a patient’s quality of life, in addition to creating substantial medical bills. Neblett, Beard & Arsenault believes in holding drug manufacturers accountable for the damage their products cause. Fill out our online contact form to schedule a free case evaluation.