Sepsis is considered a life-threatening medical emergency and is often linked to medical malpractice. If you or someone you love has been diagnosed with sepsis, consult a malpractice attorney to learn about your legal right to compensation. 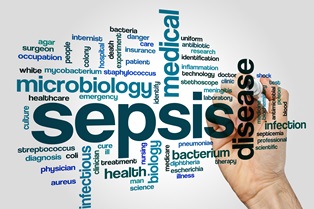 In general, sepsis is the body's extreme response to an infection. It occurs when an infection you already have triggers an inflammatory immune response. Viral, bacterial, fungal, or parasitic infections can all potentially lead to sepsis. However, pneumonia, kidney infections, bladder infections, UTIs, or infections of the digestive system are most commonly linked to sepsis.

According to the National Institute of General Medical Sciences, there are over 1 million cases of sepsis each year in the United States. Sepsis can occur in anyone, but the following groups of people are most at risk:

How Is Sepsis Misdiagnosed?

Since the symptoms of sepsis can overlap with a number of other medical conditions, misdiagnosis may occur. Often, this is because the person is in the early stages of sepsis and not a member of one of the key risk groups for the condition. Someone with sepsis can experience the following symptoms:

Testing the blood for an abnormal number of white blood cells or using a chest X-ray or CT scan to locate the source of infection can help a doctor accurately diagnose sepsis. Not ordering diagnostic tests when a patient is exhibiting potential signs of sepsis is problematic because even a short delay in obtaining the correct diagnosis can make the infection more difficult to treat.

Can Sepsis Be the Result of Hospital Negligence?

Sepsis is a common cause of hospital readmissions. Ventilator-associated pneumonia, surgical site infections, urinary catheter infections, and central line infections are common causes of sepsis in the hospital. These cases are often linked to poor sanitation practices by staff.

What Are the Consequences of Sepsis?

A hospital stay of several days or even weeks is often necessary for a patient with sepsis. Sepsis is typically treated with antibiotics to fight infection. Intravenous fluids, oxygen, and vasopressor medications to increase blood pressure can also be used. In advanced cases, surgery may be needed to remove the source of infection such as abscesses or gangrene.

With prompt treatment, it is possible to recovery fully from sepsis. However, an advanced case of sepsis or sepsis in someone with a preexisting medical condition compromising the immune system can lead to:

An episode of severe sepsis also places an individual at higher risk of developing future infections.

Can I Receive Compensation?

To win a malpractice claim, you must be able to establish that the healthcare professionals who treated you caused you to suffer harm by deviating from the accepted medical standard of care for your condition. Depending on the circumstances, this could mean not performing a thorough physical examination, failing to order diagnostic tests, or not following the correct sanitation procedures to reduce the risk of infection.

Your malpractice claim can include compensation for medical expenses, lost wages, and pain and suffering. Funeral and burial costs can be included if you are seeking compensation for the wrongful death of a loved one. Any claim for damages must be supported by documentation such as hospital bills or statements from an employer.

In most cases, the statute of limitations gives you one year from the date the malpractice occurred to file your claim. However, since supporting evidence can become more difficult to locate as time passes, it's best to act quickly.

The medical malpractice legal team at Neblett, Beard & Arsenault is committed to advocating for the rights of Louisiana residents who have been victims of medical malpractice. Contact us online or call our office directly at 318.541.8188 to schedule a free, no-obligation initial case review.