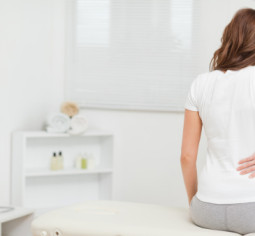 WHAT ARE FELA CLAIMS?

The Federal Employer’s Liability Act (FELA) was enacted in 1908 in order to reduce the accident rate in the railroad industry and promote standards in railroad equipment and practices. The act generally applies to all railroad workers and railroad employers. It was passed because railroad companies were not adhering to safety measures, leading to an alarming number of train accidents that caused the deaths of many railroad workers.

When an eligible worker is injured on the job, his or her right to compensation is governed by FELA. Prior to the establishment of FELA, very few railroad workers ever received any compensation for their injuries.

FELA covers railroad workers that are injured during employment by a railroad company. This does not apply to injuries that are sustained outside of working hours. It also does not cover injuries sustained by individuals that are not under current employment of the railroad.

To recover under FELA, an eligible worker must also demonstrate that he or she was employed by a common carrier (a company that provides public transport of people or property), that they were performing duties that furthers the railroad’s interests at the time of the injury, and that the harm was the result of the railroad’s negligence.

HOW TO FILE A FELA CLAIM

After you are injured, your employer will ask you to fill out a report on the incident. Contacting an attorney early in the claims process benefits you. A legal professional can protect your rights and ensure that your claim is properly filed and is not compromised.

If a settlement agreement is not made, there are further steps that your attorney can take. If the parties cannot reach an agreement, your case may need to go to trial.

Q: How did FELA start?

A: Public outcry over the amount of injuries and deaths suffered by railroad workers resulted in FELA becoming law in 1908. FELA essentially leveled the playing field between workers and railroad companies. Before FELA, a worker that was found to have minor contributory negligence in the incident was not allowed to recover any compensation. Now, a railroad worker that is injured can sue his or her employer in state or federal court.

Q: What was life like for railroad workers before FELA?

A:Life for railroad workers was extremely dangerous. Many would die or become severely injured on the job. Once they were injured or killed, their families had no way to recover compensation.

Q: Why is FELA significant?

A: Before FELA, when a worker was injured or killed, railroad companies would often successfully argue that the employee took on the “risk of the job.” FELA abolished the assumption of risk and made it so that an employee could recover compensation even if he or she was partly at fault for the accident.

Q: Can they refuse my claim if I am partly responsible for my injury?

A: In 1939, congress amended FELA by making it a crime for any railroad to attempt to intimidate workers out of sharing information regarding the accident. Today, if negligence on the part of the railroad has any part in the accident, the railroad will be considered liable for damages.

Let us help if you have suffered common railroad injuries such as: broken bones, back strain, repetitive stress injuries, aggravation of pre-existing injuries, hearing loss, or occupational diseases such as lung cancer or skin disease. Speak with a FELA claims attorney from Neblett, Beard & Arsenault today.

Our firm has helped thousands of personal injury clients by aggressively pursuing their right to compensation. We have a reputation across Louisiana for bringing our clients high value settlements for their injuries. Don’t delay in speaking with an attorney as you have a limited time to file your claim.

Contact us today so that we can assist you. Please feel free to contact us directly at 800.256.1050 for your free consultation.