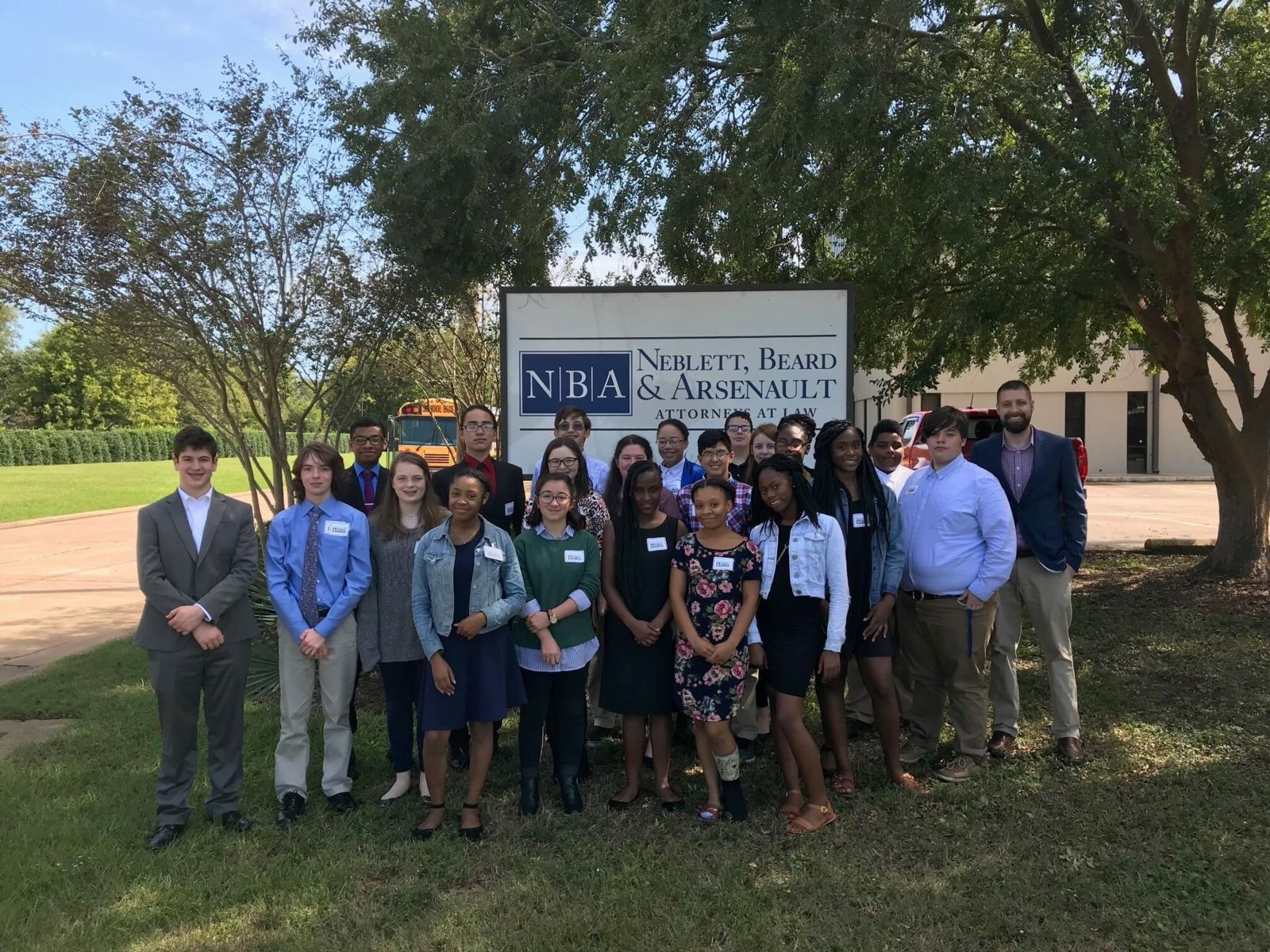 For over a decade, Neblett, Beard & Arsenault has been sponsoring field trips to the Rapides Parish Courthouse for local classrooms to learn more about the judicial system.

Students from classrooms right here in Cenla get the unique opportunity to tour the courthouse and learn about what each office does, from the Registrar of Voters to the Tax Assessor’s office. They also get to speak with one of the seven judges at the court, as well as other attorneys that stop in to share knowledge about their roles in the court system. 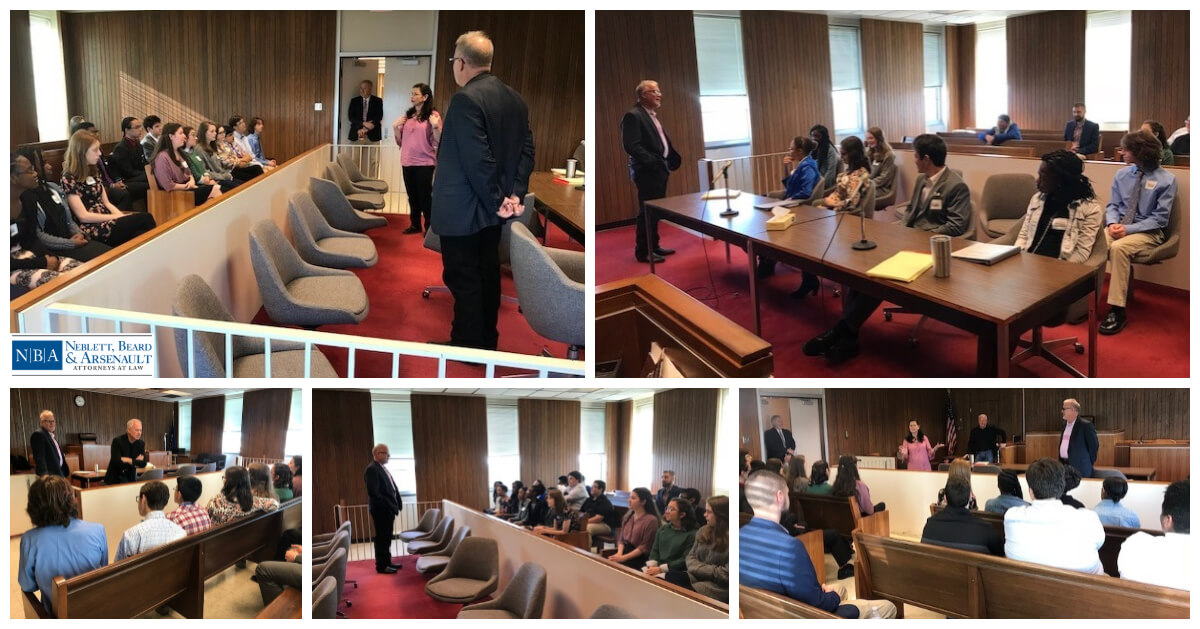 After speaking with attorneys and elected officials, the fun begins, and the students are taken to a courtroom to take part in a mock trial. Students choose their roles, from judge to defendant to jury, and re-enact what an actual trial might look like. Today, freshman and sophomores from Bolton High School participated in the field trip. Judge Patricia Koch spoke to the group about her duties as judge as well as the duties of other staff members, such as what a court reporter does during trials, and how those transcriptions are used.

NBA attorney Mike Koch spoke with the class about different types of cases and how they’re tried, the roles of each person in the courtroom, and explained commonly used legal terminology. 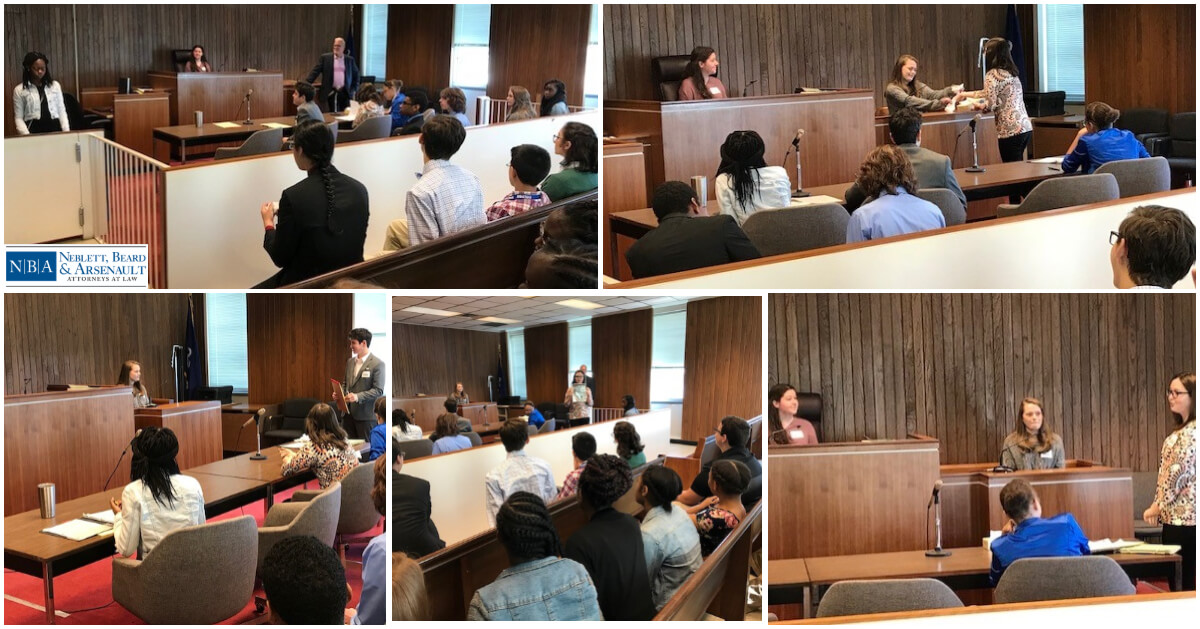 The class favorite was the mock trial.

After learning about the court system, the students chose their roles and declared court in session! A script was provided for them as a guideline, but the students’ quick thinking and creativity soon had them tossing the script aside as they gained confidence in their individual roles and began questioning “witnesses” and cross-examining with enthusiasm. The “jury” was then led to an actual deliberation room to vote, and after a not-guilty verdict the class enjoyed a celebratory pizza lunch at Cici’s Pizza.

After lunch, NBA employees Marcy Champagne and Ashton Brinkley gave the high-schoolers a tour of the firm, and introduced them to paralegals, intake specialists, and other support staff to show them just how much of a team effort the judicial system is. Attorney Dustin Carter also imparted some of his knowledge of mass tort litigation, and how each practice area in law has its own unique challenges and rewards. 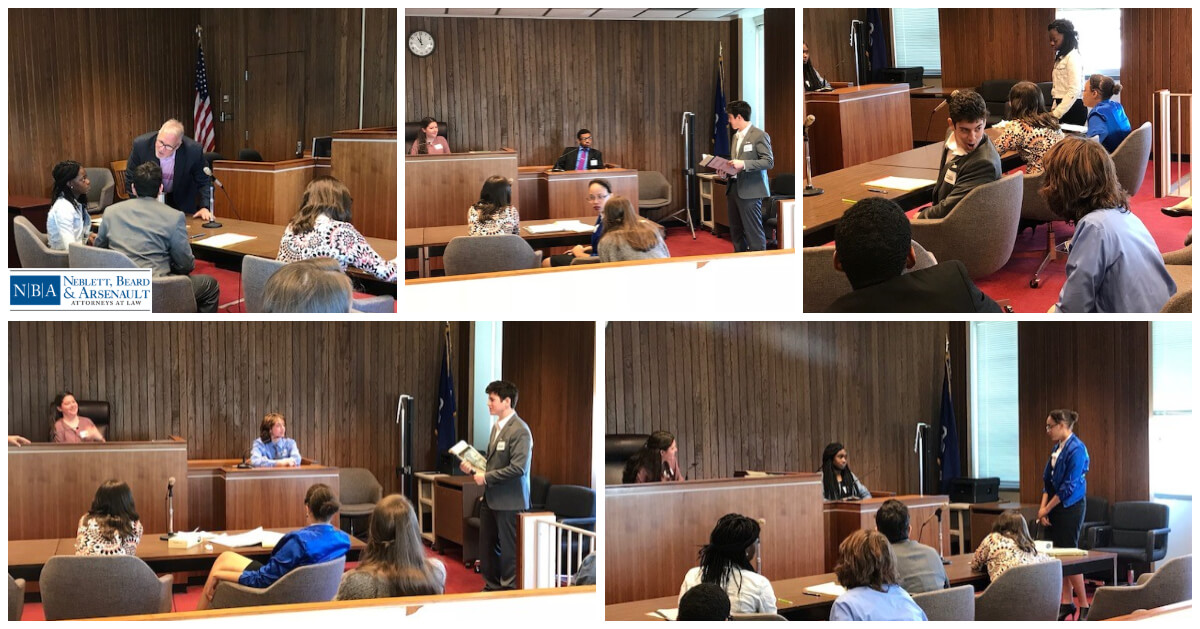 The firm was pleased to play a small role in the education of some of Cenla’s best students.  We hope everyone from Bolton High School had a wonderful experience, and that each child learned something new about the legal system and how our courts work. 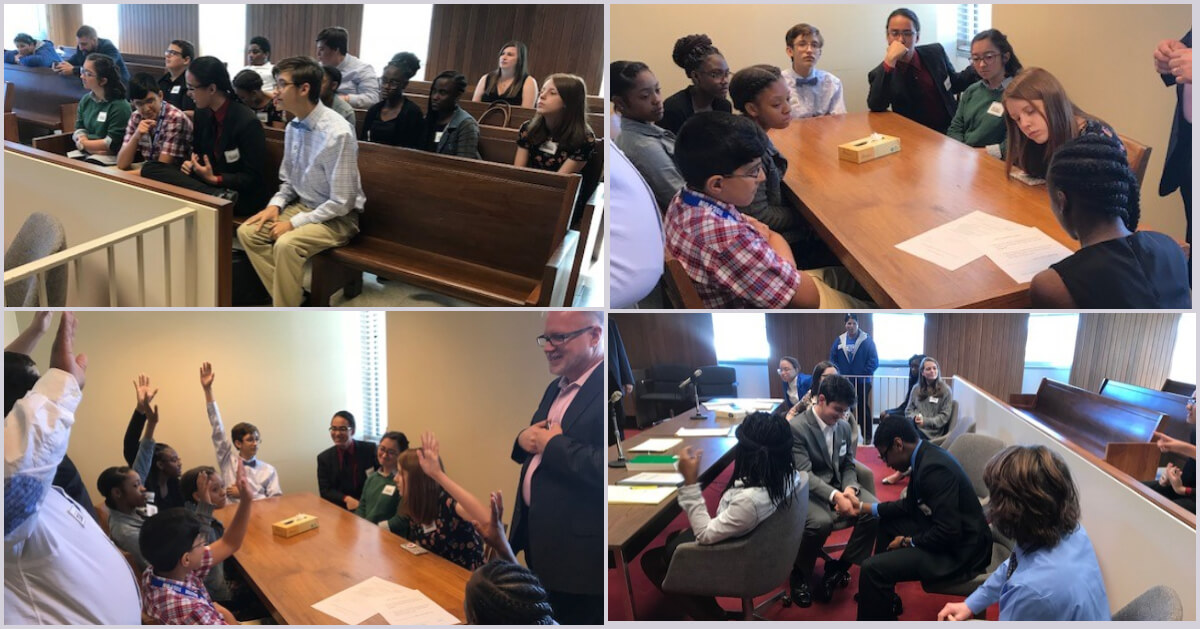 If you know of a middle school or high school class that may be interested in taking a field trip to the Rapides Parish Courthouse, please contact the firm at 318-561-2500.