Res Ipsa Loquitur: What it Means and How it Affects Your Case

When you're pursuing a personal injury claim, you may encounter some unfamiliar terms. One of these is res ipsa loquitur—a Latin phrase that means “the thing speaks for itself.” It is often shortened to res ipsa when discussing how the concept applies to a case.

Type of Evidence in a Personal Injury Case

There are two types of evidence you can present in a personal injury case: circumstantial evidence and direct evidence.

Res ipsa is important in personal injury law because it allows attorneys to present circumstantial evidence.

Elements Necessary for Use

The res ipsa doctrine only applies when certain factors are present. The four elements are: 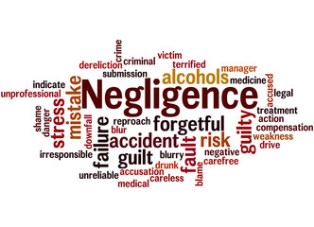 Examples of Cases Where Res Ipsa Loquitur May Apply

Some examples of cases where the res ipsa doctrine may be used include:

In all of these examples, the accident that resulted in your injury is one that would not normally occur unless someone was negligent, and it's obvious to a reasonable person that one party had exclusive control over the incident.

Cases Where Res Ipsa Does Not Apply

It's important to note that res ipsa doesn't apply in slip and fall cases. The fact that someone owns property does not mean they are ensuring the safety of the person invited onto the premises and a presumption of negligence can't be made from the mere existence of an injury.

If an accident occurred because you were trespassing or in an area that was marked as unsafe, res ipsa doesn't apply because the defendant owed you no duty of care to prevent your injuries.

When you've suffered an injury due to another person's negligence, you're entitled to compensation for medical expenses, lost wages, and pain and suffering. Retaining legal representation is the best way to ensure that your personal injury claim proceeds in a timely fashion. Your experienced personal injury attorney can gather the evidence needed to present the strongest possible case.