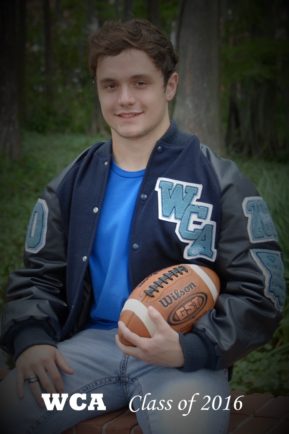 WHOEVER WOULD HAVE KNOWN

It was early in the morning on a bright and sunny day, and I was getting ready for the day’s work ahead of me. After kissing my beautiful wife goodbye and saying, “See you after work,” I grabbed my coat and then my keys before I went hastily out the front door. I started my truck and, putting on my white and black Oakley sunglasses, backed up from my driveway without looking. I took off down my neighborhood street as fast as I usually do, ten miles an hour over the speed limit, while barely giving any heed to my surroundings, for I was focused to get to work on time. I had to be there for eight, and it was seven fifty. So, thinking myself justified, I carelessly ran the few stop signs that are in my neighborhood. Once I got to the service road, I took one glance both ways and sped on to the left toward the entrance to interstate forty-nine. Going sixty-five in a fifty- five on the service road with my phone in my hand to start playing music on my new bluetooth speaker set-up, I did not notice the car that was ahead of me. Upon chance to glance up, I almost slammed on my breaks to slow down, but, having noticed there was no one coming on the other lane, I quickly passed the stupid sluggish poke.

Slowing to the stop sign at the three-way, I came to a complete stop only because there was another car on the opposite side of me. Apparently he thought he was the first to arrive, so he started to accelerate ahead to turn; however, I know for a fact I was first, so I sped also to turn in the same direction. After cutting him off, I finally made it to interstate. “Time to roll baby,” I said with a smirk. As I watched my speed-o-meter steadily move to the right toward eighty miles an hour, I felt the adrenaline rush that filled me with ecstasy. Hurrying on past every slow-moving vehicle that was in my path and changing the music on my phone, I came to a section of the interstate that had two eighteen-wheelers adjacent to each other on the right and left lane. Seeing I could not pass legally, I pressed the pedal and drove on the shoulder, using that as a passing lane; however, I did not see the broken down car on the shoulder of the interstate. At that moment in the suspension of time, I knew there could be nothing that would change this course of fate even though I slammed my breaks to prevent this course. At a devastating speed I slammed into the the red car. I cannot remember what happened after that, for all was dark.

I awoke in a bed with white sheets next to a stand with an IV bag hanging on it. With much difficulty I looked down at my arms and saw that they were bruised and full of small tubes attached to them. I could barely move, and my whole body was aching in a dull pain, which was probably being reduced somewhat by the morphine. “Thank God you’re awake! Hey, sweetheart.” It was my wife.

“What happened?” I asked, very perplexed as to why I was there.

“You’ve been in a horrible accident. You’re lucky you are alive! I couldn’t believe what I heard on the phone, but here you are. You are a true miracle. Even the doctor was surprised to see you survive.”

The doctor came in and told me what all I had broken and the consequences of my action on my body. Things suddenly became more lucid as one particular thing he stated struck me with utmost horror: I was paralyzed from the waist down. He solemnly looked at me with a tinge of gladness that I was conscious and said I am very lucky to be alive.

All that night while I lay down with my wife on the side of me, I regretfully thought, “Why was I so unheedful and reckless.” I started to tear up as I looked over to my wife.

“Whoever would have known it would be me.”

DRIVING WITH A CONSCIENCE

Although this story is fiction, it still accurately defines what reckless and distracted driving is. This man is a synecdoche for the mass of teenagers and adults that mess with their phones or do senseless things while operating vehicles. Whether driving at a low speed or high speed, either way one is always susceptible to wrecking anytime one is operating a vehicle. If in a rush, girls love to do their makeup in their car, and guys like to fix their hair or put on cologne; however, the time to do these things are not appropriate while driving. Too many accidents happen that result in death and a range of injuries because of recklessness and being distracted. These careless instances of car crashes can be avoided if people would just used their conscience.

When I was a junior in high school, I had to get a ride from a friend because I did not have my own vehicle at the time. My friend, only being nice, just started discoursing about school with me. We made it too a stop sign not far from our school, and, although there is usually a policeman directing traffic there, he was not there at the time. So, as we talked, my friend made a quick view side to side of the three way intersection so that we could get on the highway. Then he proceeded to turn left, and, in the midst of his turning, I saw a car zooming down from the right. I hastily yelled, “Car! Car!” upon which he freaked out by getting in the no zone area in the middle of the highway. The zooming car then passed while we both almost had a heart attack. My friend apologized and said he usually does not drive that bad; of course I forgave him, but I had the thought in the back of my mind that never would I subsequently ask for another ride from him again. This experience opened my eyes to how easily people are to being distracted while driving.

As one who also struggles with distracted driving, I have learned some tips to prevent myself from getting my eyes off the road. First, cell phones can wait. If one has an app that will automatically answer a call to put it on speaker or decline it, or if one has an iPhone and can use do not disturb mode, then I absolutely advise one to use these things. Secondly, the time to embellish oneself is not while one is driving, for this should be done before one gets in the vehicle. Making sure one is not in danger of being late will keep one from doing these things in the vehicle. Lastly and most importantly, one should always stick by the law and not act like a simple-minded imbecile driving recklessly. If drivers will follow this advice, then they will be exceptionally safer.

If people would give heed to the road rather than paying attention to other trivial things while driving, then there would be significantly less accidents. “In 2014, 3,179 people were killed, and 431,000 were injured in motor vehicle crashes involving distracted drivers” (Facts and Statistics). The use of consciousness, knowing to do what is right at the right time, would definitely prevent these numerous accidents that involve reckless and carless driving.