When can punitive damages be included in a wrongful death claim?

Punitive damages, sometimes called exemplary damages, are monetary awards that are intended solely to punish a particular type of conduct or make an example of the offender. Punitive damages are seldom included as part of a wrongful death claim. 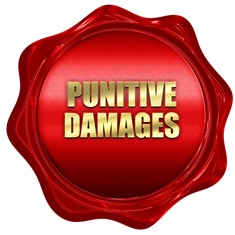 Including Punitive Damages in a Wrongful Death Claim

Specific Examples of When Louisiana Courts Will Allow Punitive Damages.

Punitive damages are not typically allowed in fatal car accidents, but Louisiana courts have ruled that a drunk driver responsible for a fatality can be held liable for wrongful death punitive damages.

Punitive damages can be allowed when the death is caused by domestic violence from an intimate partner.

When harm is caused to minors as the result of pornography or sexual activity, punitive damages may be awarded.

Borrowing Punitive Damages From Another State

Punitive damages may not be awarded by a court of this state unless authorized:

Applying this test can be quite complicated, so it's best to consult with an attorney to learn if your claim qualifies.

Although punitive damages are not intended to compensate you for specific losses, they do have a limit. This limit varies by state. In most cases, Louisiana awards for punitive damages may not exceed the actual compensatory damages by a factor of 10. Compensatory damages are those which provide reimbursement for specific losses you have suffered. This includes medical expenses up to the time of death, funeral and burial costs, and the value of the deceased individual's lost future earning capacity.

You'll need to provide documentation of all compensatory damages related to medical expenses and funeral or burial costs. To evaluate the value of lost future earning capacity, an expert will be called to calculate earnings based on equation, work history, industry trends, life expectancy, and other relevant factors.

A wrongful death claim is a type of civil action, which means that it is separate from the criminal penalties such as jail time that may apply to the conduct that caused the death. However, evidence related to a criminal case can be used to support your claim for damages. For example, the fact that a defendant was convicted of a DUI for driving with a blood alcohol level twice the legal limit would support negligence as well as a request for punitive damages.

How Neblett, Beard & Arsenault Can Help

Wrongful death cases can be quite complicated, which is why it's in your best interests to seek legal representation as soon possible. The statute of limitations for wrongful death claims in Louisiana is one year from the date of death.

Has Your Loved One Died Due To The Negligence Of Others?

If your loved one died due to someone else's negligence you need to speak with a wrongful death attorney as soon as possible. Please contact us online or call our Alexandria office directly at 318.541.8188 to schedule your free consultation.