Who is liable for injuries caused when a police chase leads to an accident?

A police chase may be exciting to watch on television, but being an innocent bystander during a chase can be extremely frightening. If you've suffered injuries as the result of a chase, consulting an attorney is the best way to determine how to protect your right to compensation. 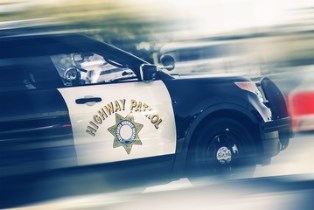 In most cases, the chased suspect is liable for a bystander's injuries because all drivers owe a duty of care to other motorists, pedestrians, and cyclists. When a suspect is speeding, swerving, failing to stop at traffic lights, or engaged in other reckless behavior associated with a police chase, he's neglecting to fulfill this duty.

However, a chased suspect's insurance policy is likely to fight any claim resulting from chase-related injuries. It's becoming more common for insurance policies to have language that specifically prohibits coverage for "damages caused by intentional and criminal acts." Even though Louisiana law generally favors protecting injured persons, this provision is considered acceptable because of a long-standing tradition of rulings "prohibiting persons from insuring themselves against their own intentional or criminal acts."

When the insurance company refuses to pay for your car accident related expenses, you can attempt to collect from the driver's personal assets. However, a criminal suspect may not have any viable assets. In this case, you'd turn to your own uninsured/underinsured motorist coverage as a last resort.

Because of the unique nature of their jobs, police officers are given broad authority to carry out their duties. This grants them legal protections not afforded to an ordinary motorist.

To reduce the risk of injury during a police chase, officers are required to undergo high-performance training that simulates various road and highway conditions encountered during a chase. This allows officers to master skills such as high-speed cornering or driving a car that's skidding out of control.

Despite law enforcement’s authority and special training, an officer's conduct isn’t always justified. Before continuing on a chase, police officers are supposed to consider a number of factors and make an educated decision regarding the most responsible course of action:

If an officer initiates a chase for a low-level offense when a safer alternative was available, he may be found liable for injuries. However, if the chase was necessary to apprehend a murderer or someone who posed a serious safety risk, the officer's conduct would be more likely viewed as justifiable.

If a police officer is found to be liable for your injuries, you won't collect damages from the officer personally; rather, the city or agency employing the officer would be responsible for his actions. Keep in mind that a chase involving a suspect determined to be a serious safety threat may involve officers from several different law enforcement organizations.

If you've been injured in a police chase, Neblett, Beard & Arsenault's experienced personal injury attorneys can help you decide how to best seek compensation for medical expenses, lost wages, and pain and suffering. During your free, no-obligation initial consultation, you should provide a detailed account of the accident. This includes the following details:

If you decide to proceed after the initial consultation, your case will be accepted on a contingency fee basis. This means there will be no upfront cost for legal representation.