What is psychiatric malpractice, and how do I pursue a case?

Psychiatrists play a vital role in helping patients who suffer from depression, anxiety, and other mental health conditions. However, when they cause harm by failing to provide appropriate care, they can be found liable for malpractice. 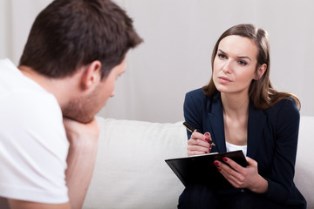 Types of Errors That Could Constitute Psychiatric Malpractice

The relationship between a patient and psychiatrist depends on a number of factors, including subjective ideas of personal comfort. Simply not liking your psychiatrist or believing that seeing another provider for your therapy would be more effective doesn't make your psychiatrist guilty of malpractice. The legal definition of malpractice requires your psychiatrist to provide substandard care that deviates from widely established guidelines from respected professional groups such as the American Psychiatric Association.

Some examples of conduct that could form the basis of a malpractice claim include:

Types Of Compensation You Can Receive

A psychiatric malpractice claim can involve many different types of compensation. For example:

Louisiana limits compensation in medical malpractice cases to $500,000, but this cap doesn't apply to medical expenses. Settlement amounts of over $100,000 are paid from the state's Patient Compensation Fund.

Building a Malpractice Case Against Your Psychiatrist

The following four separate elements must be proven in any malpractice claim:

Louisiana law typically requires you to file a malpractice claim within one year of the medical treatment that forms the basis of the suit. In cases where a care provider's error isn't immediately discovered, the deadline is extended to three years.

Most psychiatric malpractice suits involve the patient bringing the legal action, but sometimes another party is needed to begin the case. When an adult patient is determined to be not competent to bring legal action due to a mental disability or impairment, a third-party guardian can file on his behalf. Parents or legal guardians must file suits on behalf of children under 18, since minors have no legal standing in a court of law. In a malpractice case involving a patient who committed suicide, the wrongful death action is brought by the deceased person's next of kin—such as a spouse, adult child, or parent.

Since malpractice cases involve multiple complex issues, having access to skilled legal representation is a must. Neblett, Beard & Arsenault is committed to helping Louisiana residents who've suffered harm due to psychiatric malpractice receive the compensation they deserve. Contact us online or call us at 318.588.6303 to schedule a free, no-obligation initial consultation.