Is medication theft a form of nursing home neglect?

Drug theft in nursing homes is on the rise, due to the continuing epidemic of prescription opioid abuse throughout the United States. If you believe your loved one has suffered harm due to the theft of his medication, compensation may be available. 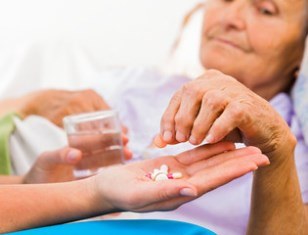 Prescription pain medications are the most common targets for medication theft. Commonly abused prescription opioids include:

Benzodiazepines used to treat anxiety, panic disorders, and insomnia are also frequently abused. Examples of medication in this class include:

Theft of medication can take several different forms. For example:

In most cases of medication theft, the culprit is a nursing home employee who suffers from a drug addiction and is using the pills to feed their habit. However, prescription medications can also be sold on the black market for a substantial sum. Employees who are struggling financially may find the temptation to supplement their income too difficult to resist when a single pill can be sold for up to $200.

Someone who is stealing medication from a nursing home resident may exhibit the following warning signs:

In some cases, employees who are stealing medication may also be engaging in physical or verbal abuse of the residents under their care.

Nursing homes are supposed to have policies implemented to reduce the risk of medication mismanagement, including having two staff members verify the administration of medications and providing random drug tests for all employees. However, these precautions are often not enough to eliminate all cases of misconduct and nursing home abuse.

It’s possible for theft of pain medication to go unnoticed for quite some time. Elderly nursing home residents may be unable to communicate their pain levels or be unaware that they're not receiving all of the medication they have been prescribed. Even an attentive friend or family member may not immediately notice that a resident's pain levels are not being properly controlled, since many elderly people are reluctant to discuss what they view as a natural side effect of aging.

Theft of medications used to treat anxiety, panic disorders, and insomnia will result in a resident exhibiting an increase in unusual mental health symptoms. Any erratic behavior you notice should be reported immediately. If the nursing home staff aren't responsive to your concerns, seek a second opinion from another care provider regarding the possibility of medication theft.

If you believe your loved one has been the victim of medication theft, it's important to talk to an experienced elder abuse attorney. A claim can be filed on behalf of your loved one to seek damages for medical expenses as well as pain and suffering. When medication theft contributes to the death of a nursing home resident, the next of kin can file a wrongful death suit to seek damages.

The attorneys at Neblett, Beard & Arsenault are committed to helping Louisiana residents receive justice for a loved one who has suffered due to medication theft. Contact us online or call us directly at 318.541.8188 today to schedule a free, no-obligation consultation.