When am I entitled to damages from gastric bypass malpractice?

Gastric bypass is a type of bariatric surgery used to help obese patients reach a healthy body weight. Roux-en-Y laparoscopic gastric bypass, the most commonly performed type of gastric bypass in the United States, is considered one of the most difficult procedures to perform laparoscopically. If you've experienced complications following gastric bypass, you may be eligible to file a medical malpractice claim. 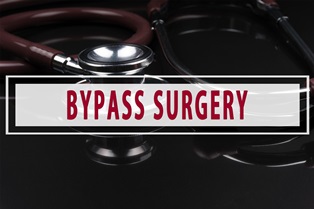 Gastric bypass involves dividing the stomach into a small upper pouch and a larger lower "remnant" pouch before connecting both pouches to the small intestine. The surgery promotes weight loss by reducing the functional volume of the stomach.

When gastric bypass is effective, patients typically lose 70 to 80% of their excess body weight within the first year. However, it is common for patients to regain 10 to 20% of this weight in the first five years after surgery. Results will vary based on specific diet and exercise habits.

All surgical procedures involve some degree of risk. The most common risks associated with gastric bypass include:

Fatalities can result if complications aren't promptly identified and treated.

The most important thing to remember about gastric bypass surgery is that a poor result doesn't necessarily mean your doctor is guilty of malpractice. Patients often hope for a dramatic and rapid weight loss, but weight loss takes time even if all goes well during the surgery.

Specific examples of actions that might constitute malpractice during gastric bypass surgery include:

Complications caused by your own failure to follow your doctor's orders and the post-surgical dietary requirements are not considered malpractice.

A malpractice claim is a type of civil action awarding you compensation for the specific damages you've suffered. For gastric bypass malpractice, this can include:

To learn more, contact us online or call us today at 318.588.6303 to schedule a free, no-obligation consultation with the medical malpractice attorneys at Neblett, Beard & Arsenault.