When your loved one is unable to care for himself, it's understandable to be worried about the risk of nursing home abuse. Although bruises on their own may not be evidence of abuse, they could represent a sign of a problem with the care your loved one is receiving. 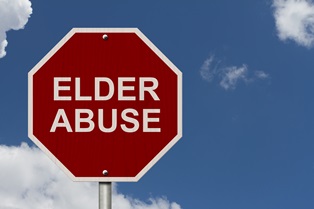 Reasons for Bruising in the Elderly

To some extent, bruising in the elderly is normal. Reasons for this include:

The complexion of your loved one can also make a difference. Fair skinned people tend to have more noticeable bruises, regardless of age.

Bruises on the elderly often take longer to heal than bruises on younger adults, which means they should be monitored closely.

In a young, healthy person, bruises fade away within two to three weeks as the body absorbs the blood pooling in the ruptured vessels near the skin's surface. Bruises will be reddish when they first appear, turn bluish black or purple when healing begins, and then become yellowish green or a lighter brown before they disappear.

In the elderly, bruises can take several weeks or even months to heal completely. Keeping the bruised area elevated higher than the heart during the first 24 hours and using alternating cold and warm compresses for 20 minutes at a time can speed healing by keeping swelling and inflammation to a minimum.

Bruises that harden, become increasingly painful, grow in size, or do not seem to be healing require a thorough medical evaluation to rule out more serious internal injuries or a medical condition affecting healing.

Signs that might suggest bruises deserve a closer look include:

If you think that your loved one is being mistreated, it's important to act quickly. Nursing home abuse often progresses in intensity, especially when the abuse is due to inexperienced, overworked, or frustrated caregivers or a prevailing problem of understaffing in the facility. Bruises may very well be followed by broken bones, burns, or other severe injuries.

When you have a problem with the care your loved one is receiving, you should first attempt to resolve the issue with the nursing home administration. If you are still not satisfied that your loved one is being properly cared for, you should consult an attorney to learn more about filing a nursing home abuse claim. Contact us online or call our office directly 318.541.8188 to schedule a no-fee consultation.