How is my average weekly wage calculated for my workers' compensation benefits?

Knowing your average weekly wage is a crucial part of calculating how much you can expect to receive in workers' compensation benefits.

For the purpose of workers' compensation claims, the term gross wages is used to refer to the total amount of your pay before deductions—Social Security, state and federal income tax, retirement plans, and health insurance. Taxable fringe benefits such as the payment of some business expenses should also be included in your gross wages.

As a general rule of thumb, gross wages include any type of compensation you're supposed to pay income taxes on or that is transferred into a pre-tax account each pay period. 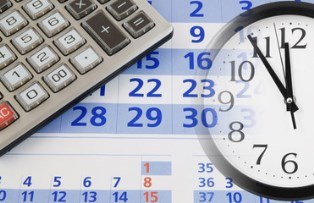 Your average weekly wage for your workers' compensation benefits is calculated using gross pay from the four full weeks before you were injured.

For a full-time employee, four weeks may be more than four calendar weeks if any of the following apply:

For most claims, you should not count the week that your accident happened. If you were not able to continue working immediately after your injury, this week does not represent a full week of earnings.

Workers’ compensation benefits generally begin on your first day of employment. If you were hurt at work before you have four weeks of earnings in your new position, your benefits will be calculated based on your expected earnings for a four-week time period.

Special Rules for Workers With Two or More Jobs

In today's economy, many workers are forced to work two or more jobs to make ends meet. If you have more than one employer at the time of your injury, the state will calculate your average weekly wage based on the hourly rate you earned at the job where you suffered the injury. This hourly rate will be multiplied by the total hours you worked in both jobs, up to a maximum of 40 hours per week.

If you were injured at your lower paying job or regularly work more than 40 hours per week between all of your jobs, this method of calculating your average weekly wage will result in reduced benefit eligibility.

If you're paid a salary, calculating your average weekly wage can be done with one of the following calculations:

A seasonal worker is someone who regularly works less than 44 weeks per year. This includes workers in professions such as road construction and landscaping as well as those who work in seasonal hospitality positions at pools, amusement parks, and other tourist attractions.

A seasonal worker's average weekly wage is figured by dividing annual earnings by 52 weeks in a year.

Get Your Free Book: What Every Louisiana Worker Needs To Know About Workers' Compensation

How to File a Workers' Compensation Claim

Louisiana law allows workers 30 days to report an injury to their supervisor, but it’s best to file the necessary paperwork as soon as possible. Once you make a report to your employer, the company must send a First Report of Injury (LWC-WCIA-1) to the insurance company within 10 days. This step officially begins your worker's compensation claim, including medical treatment and income replacement benefits.

Have You Been Injured On The Job In Louisiana?

If you've been injured on the job you need to speak with an experienced work injury lawyer as soon as possible. Contact us online or call our office directly at 318.541.8188 to schedule your free consultation.

If It Wouldn't Have Been For Neblett, Beard And Arsenault, I Probably Would've Lost Our Home, Everything I Own.
- Chris
Alexandria Office
Lake Charles, LA
Baton Rouge, LA
Shreveport, LA
Lafayette, LA
Monroe, LA