What are the most common types of elder abuse?

Elder abuse can occur in nursing homes or assisted living facilities, as well as in a home setting. Perpetrators may be professional caregivers but are often family members or trusted friends. 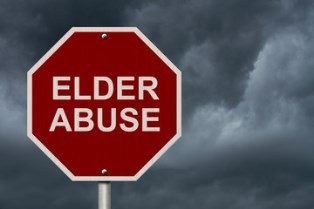 Abuse can take many forms and may progress in severity over time.

Failing to perform basic caretaking duties for an elderly person constitutes neglect. Examples of neglect may include:

Neglect can be either passive or active. Passive neglect refers to being unaware or in denial about an elder's caregiving requirements. This form of neglect is most commonly seen in family caregivers who may not fully understand an elderly person's limitations. Active neglect refers to willful deprivation of necessary care.

Emotional abuse refers to a pattern of behavior designed to make an elderly person feel isolated, alone, and afraid. Examples of emotional abuse may include:

An elderly person who is being emotionally abused may exhibit sudden changes in mood or behavior that indicate high levels of anxiety and depression. He may attempt to avoid the abuser but may also seem to withdraw from loved ones due to shame and embarrassment.

Emotional abuse is considered dangerous because it's often a warning sign that other inappropriate activities are taking place. For example, a caregiver who is emotionally abusing an elderly person due to frustration may eventually progress to physical abuse.

Physical abuse refers to any non-accidental use of physical force that causes pain and/or injury. For example:

Elderly people who are being physically abused are often too frightened to report the mistreatment. As such, any signs of bruises, cuts, or unexplained injuries should be thoroughly investigated.

Sexual abuse of an elderly person includes any form of sexual activity that occurs when the person is forced or unable to provide consent. This includes:

Elderly women are significantly more likely than men to be victims of sexual abuse, with the risk increasing if the woman suffers from Alzheimer's or dementia.

Fraud and financial abuse refers to behaviors that undermine an elderly person's sense of financial security. For example:

Fraud and financial abuse is problematic because it often goes on for quite some time until the perpetrator is caught. Elderly people often lack the cognitive ability to actively manage their finances, which means they miss the early warning signs of this form of abuse. When the deception is discovered, it's often too late to fully recover the missing funds.

When the elderly person lacks the mental capacity to participate in legal action, a guardian ad litem (GAL) must be appointed. This is typically a spouse, adult child, or close family member but can be someone chosen by the court, if necessary.

In cases where the abuse has led to the elderly person's death, a surviving family member can initiate a wrongful death claim.

If you or a loved one have been abused in a nursing home you need to speak with an experienced nursing home abuse attorney as soon as possible. Contact us online or call us directly at 318.541.8188 to schedule your free, no-obligation case review.