Medical Malpractice and Newborn Children – A Look at Significant Cases 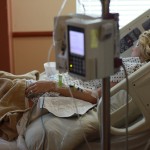 The birth of a child should be a joyous time in a new parent’s life. Those first few moments after the birth of a baby bring joy and happiness. That joy can turn to pain and sorrow when a medical error, mistake or other instance of medical malpractice permanently affects the life of the newborn child.

Recent or Historic Medical Malpractice Cases and What They Taught Us

When a women or her child sustains a birth injury, the ramifications can be significant. Dealing with such an injury can be extremely costly and time-consuming. Victims also must face the emotional impact caused by knowing their injury could have been prevented. These cases happen all too often. Following are recent medical malpractice cases involving birth injuries:

These recent or historic medical malpractice cases clearly show that juries believe that life is valuable, particularly newborns. It has also taught us that children must be protected from errors during childbirth which could have a profound effect on their lives. These cases of medical malpractice were all preventable had the medical professionals met the accepted standard of care. Medical professionals should not be immune from the consequences of their mistakes. They need to be held responsible for their actions and justice must be served. Action needs to be taken to eliminate birth injury risks and preventable medical mistakes involving infants.

Medical mistakes and errors occur far more often than most people realize. As the parent of a newborn child, you want to do everything possible to protect your child and keep him or her safe during the birth process. But how can you do this if you don’t know the risks your child may face?

The following list includes poor decisions medical professional have made during the birth process:

Proving medical malpractice or negligence can be a particularly difficult legal process, but it is essential if you plan to seek financial compensation for injuries or harm caused to your child by his or her doctor, nurse or other medical professional. Medical professionals need to be held accountable for their negligent actions, particularly when those actions result in injury or death to an innocent newborn child.

Contacting an attorney if harm has been done to your child can dramatically improve your chances of seeing justice served. An attorney will be able to review your case, determine what parties can be held liable, advise you of your legal rights, assist in gathering the necessary evidence and documentation to prove the case of medical malpractice, and work diligently to seek the highest level of compensation possible. With an aggressive attorney on your side, medical experts will be brought in to provide expert testimony to support your birth injury claims and assist in establishing grounds for your malpractice case.

Reasons Why You Might Have a Medical Malpractice Case

Not all birth injuries are avoidable. In certain instances, a baby may be more at risk for injury or illness, regardless of the competence of the doctor and nursing staff. For example, if the baby’s mother has a preexisting condition, the baby is larger than the mother’s pelvis will easily allow, the baby is premature, or the baby is in an abnormal position at birth, complications can result in serious injury, harm or death.

You might have a medical malpractice case if at any point before, during or immediately following delivery, the doctor failed to anticipate and plan for complications or respond immediately to signs of fetal distress. Failure to order a C-section when necessary, particularly if it caused you or your child to sustain injury, could also be grounds for a medical malpractice case. Any delayed or missed diagnosis, delayed treatment, wrong medication or dosage, or any other form of negligence on the part of the medical professional responsible for the treatment and care of you and your child during birth could indicate that your child was the victim of medical malpractice.

If you've been injured due to medical malpractice please call us at 800.256.1050 for your free consultation or contact us online.